Home What is the ASVAB?: Exam Overview & Format 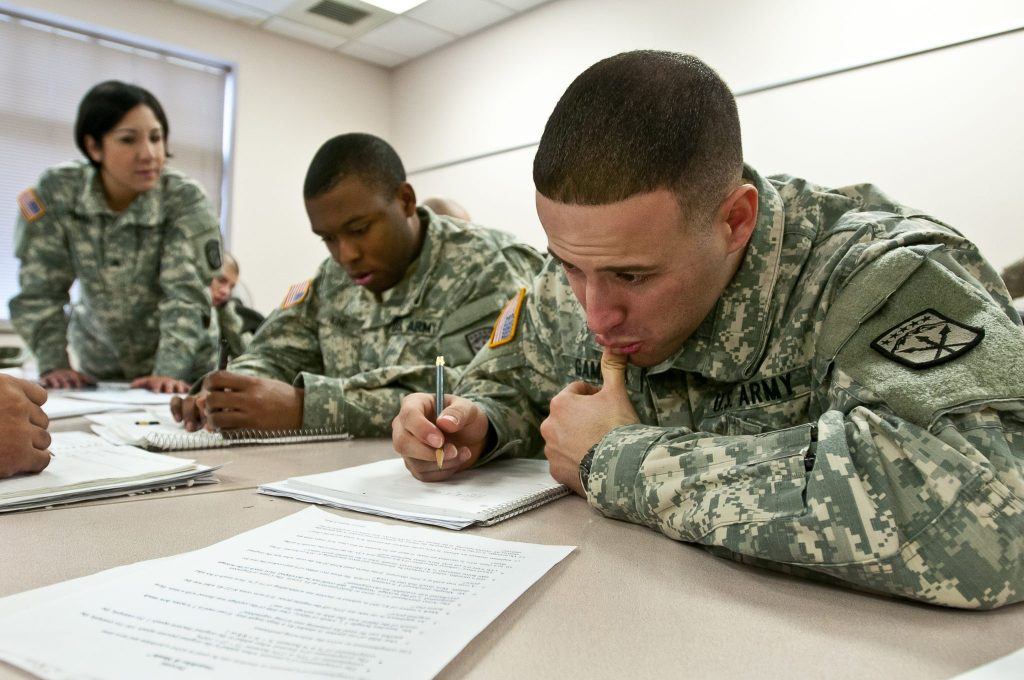 What is the ASVAB?

The Armed Services Vocational Aptitude Battery (ASVAB) is a multiple-choice exam, ran by the United States Military Entrance Processing Command, used to determine qualification for enlistment in the United States Armed Forces. It is frequently presented to American high school students when they are in the 10th, 11th and 12th grade, though anybody eligible for enlistment may take it.

The ASVAB is given to many American high school pupils as part of the Armed Services’ Student Testing Program. Almost 15,000 high schools administer the test to juniors and seniors each year. In this context, the exam is proposed to measure pupils’ strengths and weaknesses in order to help students make more informed academic and career decisions. These exam results may be used for military enlistment within two years from the date of testing.

The test is also given to military candidates under the Enlistment Testing Program. In this setting, the ASVAB is used for defining candidates’ worthiness for military enlistment as well as which military jobs would be best suitable for each candidate. Military candidates who score lower than 90% of students are completely disqualified for military service, and individual divisions of the Armed Services require different minimum scores for enlistment admissibility.

See our list of the best ASVAB prep books here.

Both computerized and paper and pencil forms of the ASVAB exist. The paper and pencil form of the test has 225 questions and is given over 149 minutes. The computerized test (CAT-ASVAB) is adaptive, meaning that the test adjusts to pupils’ aptitude levels. Answering problems correctly yields relatively harder problems, while answering problems incorrectly yields relatively easier problems. This design makes it possible to give an exam with many fewer problems without sacrificing accuracy. The computerized test has 145 problems and is given over 154 minutes.

Each of the nine units of the ASVAB is scored and reported discretely. On the paper and pencil version of the test, all answers left blank are considered incorrect, and there is no drawback for guessing.

For military test takers, the most significant score derived from the ASVAB is a composite score called the Armed Forces Qualification Test (AFQT), which is calculated using the standardized scores from just 4 of the ASVAB units: Arithmetic Reasoning, Mathematics Knowledge, Paragraph Comprehension, and Word Knowledge. The AFQT score is used to categorize budding military recruits into groups ranked from I (highest scorers) to V (lowest scorers). It is stated as a percentile.

Accommodations for test takers with incapacities are not available for military candidates; only test scores attained under standardized testing environments may be considered for military enlistment. However, persons taking the test as an assessment of personal capacity and skills may receive accommodations including having exam problems read aloud, being given additional time, using an enlarged print edition of the exam, or having exam directions signed.